Widely used if and when there are potential public health and safety concerns, Noxious Weed Control is effective for controlling hazardous vegetation including;

Giant Hogweed, Poison Ivy, and Wild Parsnip are considered poisonous to the touch and are deemed a potential risk to public health and safety.

Noxious Weed Control is also used to eliminate weeds and grasses growing in and around hard surfaces such as driveways, sidewalks, and interlocking. Vegetation growing along roadways, railroad lines, fence lines, under tree wells, throughout mulch beds, in gravel areas, or in very difficult to maintain areas can also be treated effectively.

Fill in the form below and we'll have a customer representative contact you! 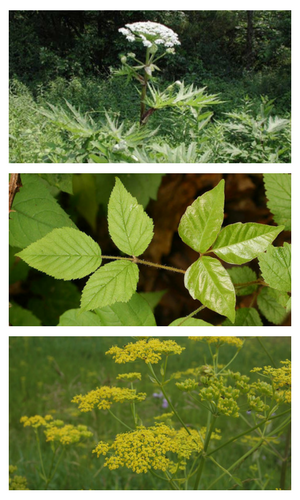 Giant Hogweed, Poison Ivy, and Wild Parsnip are all poisonous to the touch.

In preparation for new seed plantings or sod installation, Noxious Weed Control may be required to help achieve successful establishment.

Noxious Weed Control may be required multiple times throughout the season to eliminate new weeds that germinate between applications.

Please note that the service does not include the removal of dead plant materials.

Talk to your local Nutri-Lawn to learn more about our Noxious Weed Control service, as well as other ecology-friendly lawn care services catered for your area.

We have created a series of 12 guides with professional advice and expert guidance; covering everything from how to get your lawn ready for spring to how to prepare it for winter, and everything in between.